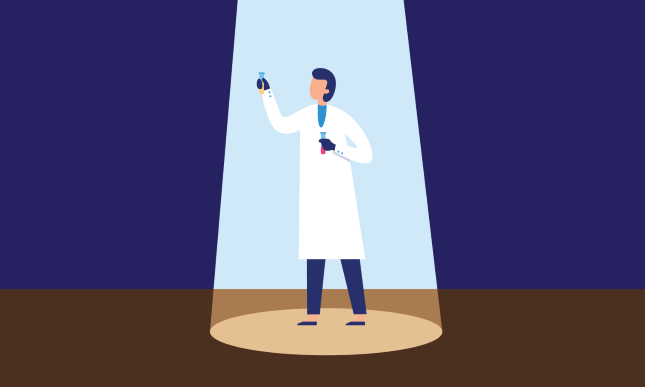 Twenty years ago, if a scientist sat down for dinner with his or her future in-laws and described their profession, the reaction would likely include some combination of financial concern and practical uncertainty.

I hear there’s not much money in research. It’s a shame.

Are you sure that will provide enough for a family?

What a difference a few years make.

It seems like it was just yesterday that apps alone were minting new billionaires and social networks were driving Bay Area housing prices sky-high. As for the scientists, they were relegated to whatever financial, residential, and social scraps remained.

Few could have imagined then that in November of 2020, a San Francisco Chronicle headline would pronounce biotech the “bright spot in the Bay Area’s battered economy.”

As Big Tech’s office buildings emptied of their software developers, labs went into overdrive. Social networks’ ping-pong tables were abandoned while lab equipment sprang into use.

For me, the shift has been palpable. For the last 20 years, my history in consumer wearables and digital health was viewed by others as exciting and transformative endeavors; my current foray into lab technologies, however, met with more quizzical looks and seen as a somewhat anticlimactic move. “Why would you leave all of that behind,” they would ask, “to work on lab stuff?”

The past several months have caused those questions about the significance of lab technology to completely dissolve in everyone’s minds. And it’s not just due to the recent surge of activity. Seemingly overnight, the world has come to understand the importance of scientific research and how every scientific discovery in the world starts in a lab.

Suddenly, the masses understand some of the intricacies of lab operations, speak the language of clinical trials, and grasp the peculiarities of scientific timelines. Labs are exciting again!

By no means do I celebrate what brought us to this moment. But I do see a silver lining. No longer are a lab’s goings-on the concern of academics alone. The discoveries of dedicated researchers have moved from the unread pages of scientific journals to the front pages of Pulitzer Prize-winning newspapers.

The discoveries once made in a vacuum are suddenly being watched—and cheered—by every country, industry, and neighborhood on the planet. Society’s value for science is surging – and funding is following.

The year’s first three quarters saw a whopping $19.5 billion flow into biotech and pharma. Biopharmaceutical disruptor Resilience recently secured $800 million in backing for its crusade to upend the drug manufacturing process. Meanwhile, Boston’s Ginkgo Bioworks retooled its DNA analysis machines to test for COVID-19. Scientific advancement is accelerating, and the lines between research and manufacturing are blurring. As CEO Jason Kelley explains, “It's laboratory as factory. That trend is just starting, and it is going to drive biotechnology for the next 50 years.”

Laboratory vacancies are among commercial real estate’s lowest, while competition for scientific talent is among the job market’s highest. Developers, educators, employers, and investors are all taking note.

Central to today’s biotech buzz is the promise of the modern, digital, connected lab. New challenges associated with remote work, a meteoric surge in demand for cold storage, and the increased relevance of research are creating both challenges and opportunities for stakeholders. At Elemental Machines, we’re up for the challenge.

Gone are visions of labs as windowless, underground bunkers to which academics flee for lonesome deliberation. Instead, the world is awakening to the reality of the modern lab as a place of progress, discovery, and hope.

For all its woes and warts, 2020 will likely go down in the history books as a watershed moment for science. And that’s something we can all be excited about.

Read everything from Elemental Machines

There’s lots of discussion about lab monitoring, the Smart Lab and the next generation of...

The 830 Vaccine Doses that Almost Weren’t